One must be congruent in feeling and acting, living from your feelings is the only way of spontaneous living.  Passionate living, just as martial arts is not a accomplishment you only master by hard thinking. Live from your feelings, if you permit your heart to beat in all your deeds and for the people who you live with , you can get exceptional things done.  In particular a teacher or an intuitive coach must be passionate in leading, that is what magnetizes the people. Go on intuitive journeys into your self to spot what you yourself believe in, and display that to the people with passion. This is catching, and this catching enthusiasm, the energy and the passion of your feelings will win other people for you.  We have to ignite the people, and stir up the fire of the people, that is the essence of intuitive coaching in management teams. Let your feeling (intuition) work!

E. IT IS THE FEELING WORKING

By going through the above mentioned five processes of using gut feeling, we can realize how all methods are gradually being brushed off from the body, how all kinds of knowledge is gradually dropped while, unconsciously, we have already passed through the gate of 'awakening' and entered the territory of methodlessness: the light of transcendental wisdom gradually appears. Personally one has already realized the primordial spirit in one's life. From now on one can continuously go ahead towards the syncretism of the subjective and the objective. 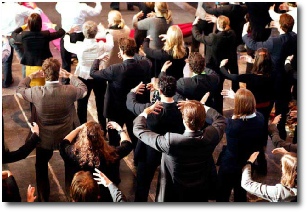 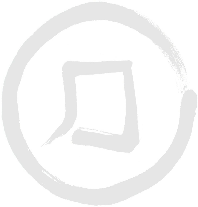 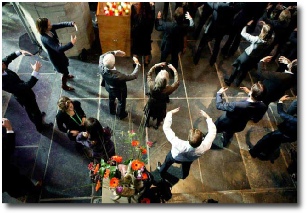 THE  ART  OF  THE  BRILLIANT  HUNCH

A. PRODUCING A FEELING WITH A FIXED METHOD

This can be regarded as 'the finger pointing to the moon'. That means, for the sake of telling somebody where the moon is, use the finger to point to the right direction in the sky. Of course one will first see the finger and then in the same direction as the finger, one sees the moon. Here the finger is just one kind of a method, just a tool, nothing more. After you have found the moon there is no use for the finger anymore. This is what the Chinese idiom 'having found the moon, forget the finger' means. Having understood the meaning, forget the words.  After you have gained the 'feeling' stop using the fixed method at once, just reserve this 'feeling'.

B. GIVING UP THE METHOD AFTER GETTING THE FEELING

With the above mentioned methods you have already gained a perception of one state of the movement of life, you need to actively go to grasp it, use it everywhere, all the time. In the intuitive boxing circles that is called 'a state of never practicing and never not practicing, it remains in walking, standing, sitting, and reclining'.

This refers to personally, in the process of unceasingly applying the feeling to everything, feeling that one has a free will and the ability to react instinctively to the world outside one's body. Thus one gradually becomes conscious of oneself, the past unclear points immediately vanish and become obvious in one's heart, every boxing method and theory, all come to harmony, all actions return to the original purity and simplicity, all reactions become natural, not a single method exists, yet no method non-exists. Enter the state of 'boxing without fixed form, mind without fixed thought, no fixed form and no fixed though, that is awakening to the truth' and personally clearly realize and grasp the primordial spirit in your life.

THE USE OF FEELING IN INTUITIVE BOXING

CONCRETE WAYS TO USE THE 'FEELING' IN THE TEACHING PROCESS