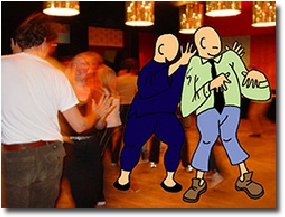 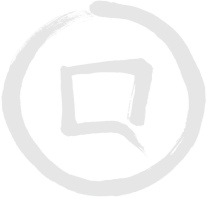 we turn into creative stars;

with others, we mutate into shutdown dorks. 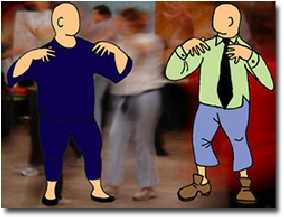 Other people, have a big impact on us, but we do be hard-pressed to say why.

Do you also feel it is the people and not our job what make us exhaust our self?

Taoist alchemists tried to transform base metals into gold. They never really got the formula right, but modern seers can turn psychological deficits into psychic triumphs.

Intuitive coaching goes beyond notions of ‘relationship’ to initiate people into the mystery of working in the creative vacuum or the space between people ‘that is alive with meaning and contains it own process.‘

When people listen for what is unconscious and what is unarticulated, they enter a space between mind and matter in which, alchemically, they can create something that didn’t exist before.

They mold the relationship. People can turn the base metals of confusion and missed opportunity into the gold of circumstance and hope.

‘Life occurs between people as well as within them.‘ When people understand the  ‘subtle body’ that they create when they interact they deepen their relationship from one of power to one of respect. They learn to see through the eyes rather that with them, achieving non-ordinary kind of perception.

Working with human relationships in the creative vacuum deals with ‘the external fields containing mad parts of sane people. ’

Chaos is not only in the environment but within and around us.

The best metaphor to deal with the projected mad part of sane people, are Taoism and alchemy, because of their emphasis on chaos.

‘Taoist alchemy is a thousand year-old system of thinking that is primarily interested in the transformation of things rather the in a linear cause and effect that one thing does an other.‘

The MartriX coaches help you to developed a finer understanding of dynamic processes: How does one discover new ideas and feelings?‘

‘You are creating something out of nothing, opening your mind to a dimension of reality that had been hidden.‘

LEARN HOW TO DEAL WITH THE MAD PART OF SANE PEOPLE!

In any situation where the potential of an executive or other employee is not being fully realized, then a valuable human resource is being wasted.

This applies where the performance is either below standard or below what is achievable, or behaviors are inappropriate.

Sessions are undertaken in complete confidence by highly skilled coaches who all have a martial art background and are trained in the very latest personal coaching techniques available.

The process will be implemented over a time scale that is the most convenient and useful to the executive concerned.

This is usually in one day or half-day sessions.

HOW IS IT STRUCTURED?

Anyone who is 'stuck' in an area of their work, is not performing up to expectations, or whose motivation is limited for whatever reason.

For those who are willing to innovate and explore fresh ways of working, there are meaningful profits.

WHO IS IT FOR?

An one to one intuitive coaching program to realize an individual's full potential.

An ancient Taoist intuitive boxing concept for personal developing and getting the most out of people.

WHAT IS INTUITIVE COACHING?

In a series of (half day) sessions the person can:

Price for one hour Personal Training starting from*:

One hour Personal Training for set of 10 sessions*:

These prices are for private persons.

For an company participants 21% tax will be added.

Pre-paid set of 10 sessions is valid for 3 months.

* Specials and extended coaching or coaching for companies - price on request!